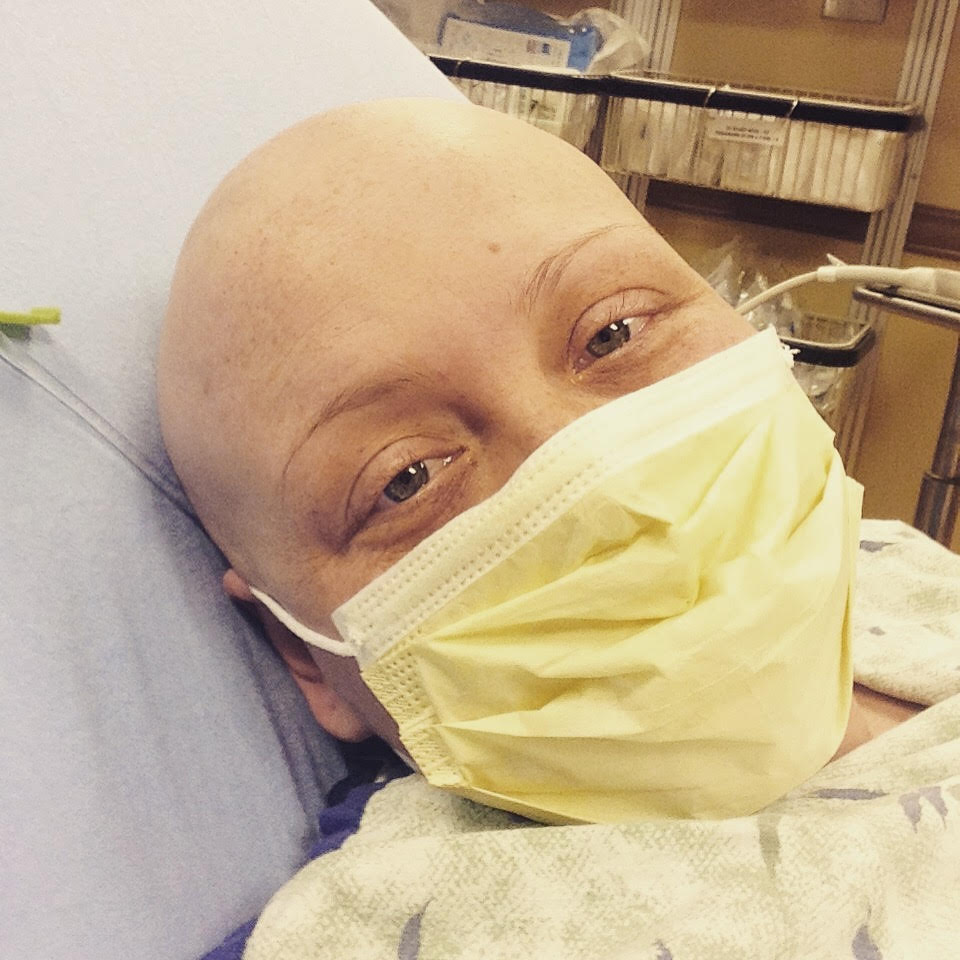 It feels like yesterday that I first heard the most powerful three little words, “You have cancer.” In reality, it was exactly 1,460 days ago. On this very day, four years ago, our lives changed forever. My husband and I have been reflecting over that moment and the years that have followed and we are blown away. Blown away that cancer is a part of our story now. Blown away that I’ve survived. Blown away that our marriage is stronger than ever. Blown away at the beautiful story that has emerged through the vast wreckage.

Four years and two days ago, on Monday, January 23rd 2012, I went in for my annual women’s wellness exam. I found a different OB/GYN in hopes that a new doctor would be able to answer all of my questions. I had been experiencing symptoms for a year and they were growing in severity. Over the course of those twelve months, I visited more doctors than I can count in an attempt to figure out what was wrong with my body. I had blood draws, pelvic exams, and ultrasounds, yet they all came back clear. There were many days that I would return home, a 25 year old newlywed, and cry to my husband that I thought I was going crazy. How could I not be when all of my doctors were telling me that I was okay? I knew something was wrong. I could feel it. I could sense it. And I had an urging that I simply could not ignore. That Monday, the answers to my questions began to be revealed through a generous doctor that was determined to help.

I laid on the examination table with my feet in the stirrups as my new doctor went through a normal exam and pap smear. Within minutes, she said, “Oh. Hmmm.” Typically, a response you don’t want to hear from a medical professional, I was relieved. After asking if she noticed something, she let me know that she could visibly see what she initially thought to be a fibroid on my cervix. Would this explain the bleeding, stomach pain, irregular menses, bloating, weight gain, unusual cramps, hair thinning, and more? While taking two biopsies from different areas of the mass, she said that fibroids could cause numerous symptoms and that this could be the answer. The exam was over and she stepped out of the room while I got dressed. I remember exactly what I wore that day. My doctor asked me to return in a week, the following Monday so she could give me the results from the colposcopies.

Four years and one day ago, on Tuesday, January 24th 2012 (the day after my exam), I received a call from my OB/GYN’s assistant. I didn’t recognize the number, so I allowed it to go to voicemail. The message on the other end raised more questions and I was left shaking and confused. “Hi Stephanie. The doctor received results from your biopsy and asks that you come in tomorrow on your lunch break so that she can discuss results. Also, please bring your husband so we can talk about treatment.” Click. I called my husband and shared the news. My doctor let me know during my exam that fibroids may need to be removed surgically. Maybe the treatment they were referring to would be surgery. Though I had never experienced surgery besides my wisdom teeth removal, I felt like I could handle it. Remove the fibroid and carry on with life. No big deal.

That night I shared my worst fear with my husband. “What if it’s cancer?” He promptly cut me off and said, “We don’t say that word until and unless that’s what it is.” I laid awake that night grappling with the multitude of scenarios the results may hold. Ectopic pregnancy? Though highly unlikely due to our paranoid contraceptive plan (condoms and birth control), maybe. Fibroid? Still likely. Cancer? I can’t get cancer. I don’t want to lose my hair. I’m only twenty-five. That doesn’t happen to young adults. Finally I fell asleep, and everything up unto my appointment became a blur.

Four years ago, and depending on what time zone you’re in while reading this, almost to the minute, Matt and I walked into my doctor’s office. I remember being extremely sensitive to everyone’s stares. It felt like the entire office knew the results and that we were the only ones walking through the fog of the unknown. I was nervous but ready. We didn’t have to sit in the lobby for more than one minute before we were ushered into a room. It might have been the exact room where I was two days prior, but I can’t remember. Strangely enough, that detail has slipped from my memory. We sat down. I can describe the room. A wall with a large window was behind us. An exam table in front and to the left. Cabinets and sink to the right. Though it felt like an eternity of waiting for my OB/GYN, she entered the room in probably less than five minutes. She was pregnant with answers. I could see it on her face, though she maintained a friendly and professional demeanor. She sat down on a rolling stool with my medical file in her lap. With a somber smile she shared, “Stephanie, we received the results from the colposcopy. I’m sorry to tell you that it’s cancer.”

I’ve heard several people share what that moment was like for them. Some fall to the floor overwhelmed by grief. Some quietly shed a few tears. Some instantly choose denial. I simply responded with, “Okay, now what do we do? What are the next steps?” She had already scheduled an appointment the following day with my gynecologic oncologist and sadly shared that I would need a hysterectomy and chemotherapy. More news flooded from her mouth as we soaked it all in. Soon she was quiet. I can’t imagine being in her position. Having to tell someone that they have cancer is unfathomable to me. What strength and kindness you must have, knowing that your patient will forever remember that moment. I stood up and asked if I could give her a hug. I caught her off guard with my response to the news. I didn’t cry. I simply wanted to hug her for she was the one, in a handful of others, who helped me find an answer. She saved my life that day. We embraced and I whispered in her ear, “You’re my angel. Thank you for helping me.”

Matt and I sat in the parking lot in our car that clear, beautiful, mild winter’s day in Colorado. We barely spoke. The quiet was comforting. Soft words escaped our lips as we sat in disbelief. “I can’t believe I have cancer.” I was thankful for an answer to the symptoms that had been plaguing me, but was fearful of what was to come. We held hands. We had no idea what our future looked like. We were overwhelmed at the intensity of our new situation. The only person that I knew who had cancer had died. I didn’t want that to be me. I was young, barely twenty-five. We hadn’t had children yet, and I was facing an irreversible decision… a hysterectomy. A monster had ripped through our perfectly canvassed life and threatened to take it all away.

To say that it has been an easy four years would be a blatantly disrespectful, untrue, and a highly exaggerated lie. These last four years have been, by far, the most difficult, challenging, and scary years of our lives. I was diagnosed with an extremely rare and aggressive cancer called large cell neuroendocrine carcinoma of the cervix and was given a less than 20% chance of surviving that first year. We’ve experienced a depth of heartache that many will never face. We’ve felt immense pain, walked through tidal waves of grief, and desperately fought for the light at the end of the tunnel. We’ve been kicked down and beaten up by this disease, yet have chosen to stand up and turn the other cheek. We’ve stared death in the eyes and proclaimed victory over my diagnosis. We’ve turned our eyes to the One who can offer peace, hope, and true help.

Looking back over the most intense season of our lives, I can say I am thankful. Though four years ago I was afraid, unsure, and defeated, four years later, I am fearless, certain, and victorious. It’s now four years later, and I’ve undergone four major surgeries, three recurrences, 55 chemotherapy treatments, 28 radiation sessions, and I’m ALIVE. Cancer has forever altered my life, yet only because I’ve found true joy in my suffering, am I grateful. 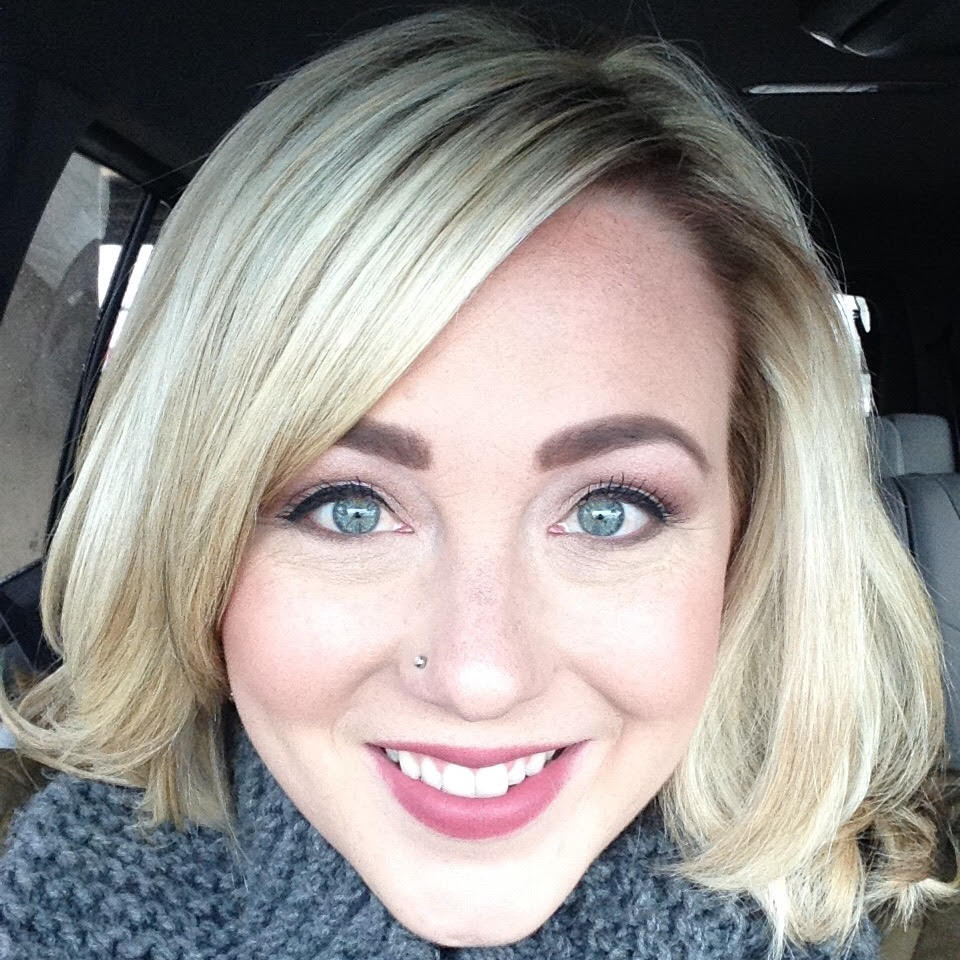 “The steadfast love of the Lord never ceases; his mercies never come to an end: they are new every morning; great is your faithfulness.”