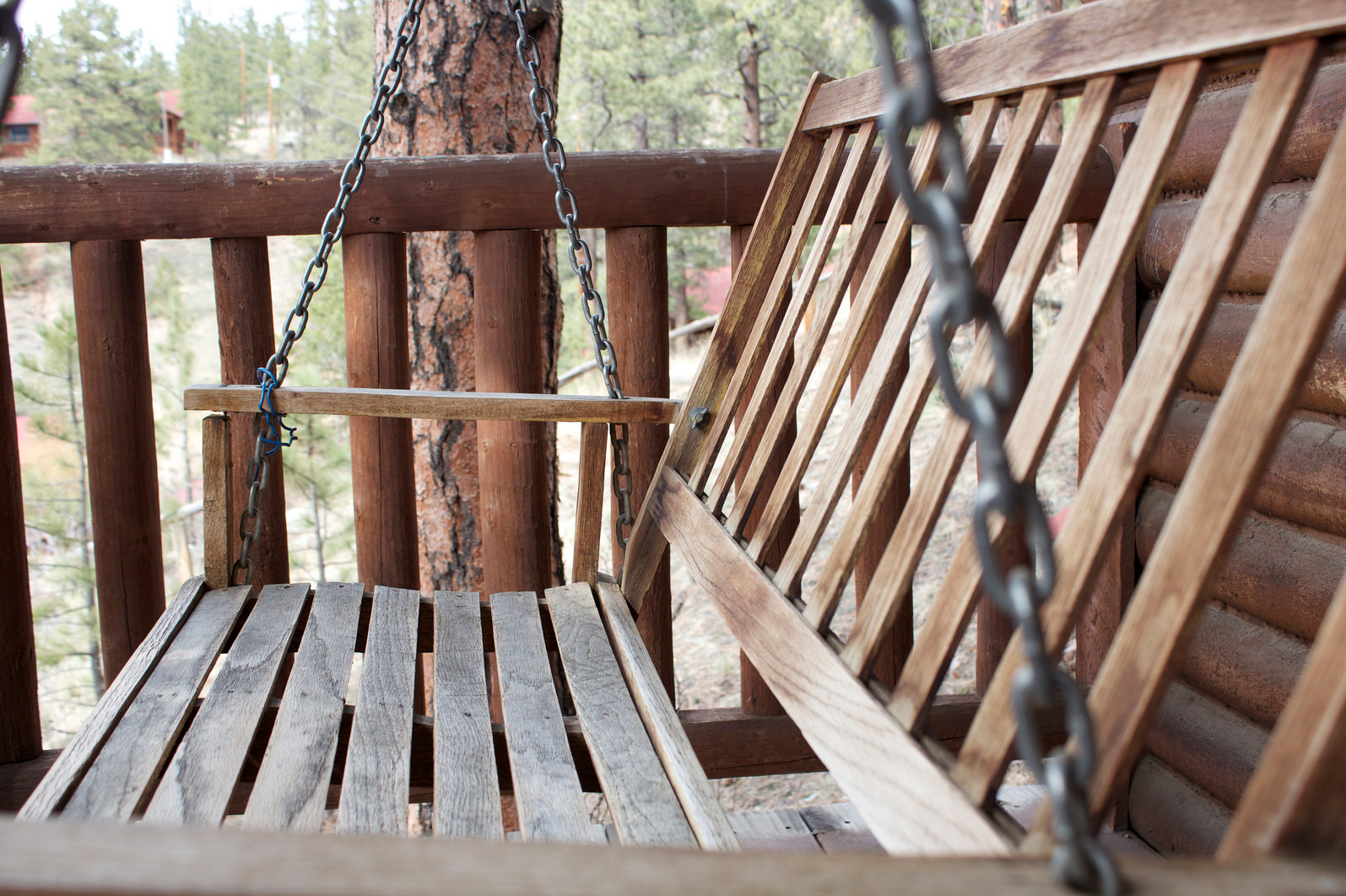 Cancer scares people. It’s the disease that no one wants to get, no one wants to talk about, and no one has a cure for. It brings the crazies out of the closet, introduces you to long-lost family members, and sabotages even the strongest of friendships. Cancer is the adult version of cooties. Getting it is not cool, and will send some around you scurrying away in search of a large tree to hide behind.

“Am I contagious?” This is a question that I admittedly asked upon hearing the news for the first time. I thought I knew the answer, but I couldn’t be entirely sure. Was I putting my husband, friends, and family at risk? Should I be quarantined?

Silly me. No, cancer is not contagious. Thank goodness. But if this disease is not contagious, what could be the reason for friendships beginning to dissolve and people hiding behind closed doors?

Until recently, I couldn’t quite understand the cause for the sudden shift in my relationships upon diagnosis two years ago. I just had cancer, after all. I didn’t have the chicken pox, diphtheria, or the plague. I was still me… the same ol’ Stephanie. Sure, I’d be bald soon, but did that really affect those around me? Was my bald, shiny head really the issue?

People change in difficult circumstances. Some become fearful and timid. Some hide behind sarcasm and cynicism. Some shy away. None of these reactions are wrong; coping mechanisms can fall on a large spectrum.

Before my diagnosis, I (like many) was afraid of cancer. My grandmother had passed from it, and not knowing much, I became fearful. Choosing to avoid any mention of the disease, I embraced blissful ignorance. Upon hearing reports of celebrities succumbing to their fights against cancer, I would feel sorry, yet would move forward as if it didn’t affect me. Because, did it really? As long as cancer wasn’t a part of my inner circle, I could remain euphorically unaware. Many share this approach, and my diagnosis brought these feelings out of several who surrounded me. An arm’s length became a safe distance.

While avoidance is on one side of the spectrum, artificial involvement is on the other. You know, the appeal of being friends with the “sick girl.” A concept similar to when someone passes away, and multiple people claim best friendship with the deceased. Or when passing by a car accident, we have to look, no matter how invasive it may feel. For as many people who vanished into the shadows upon hearing the news that I had cancer, there were just as many people who spontaneously appeared suddenly interested in the details of my journey… people whom I hadn’t heard from in years. Clearly not wanting to offer support, but rather trying to gather as much information about my newly changed life in order to be someone who could “share” my personal updates with others, as if they had the inside scoop.

Recently, I had an extremely valuable conversation with a dear friend. I shared with her the effects that cancer has had on my relationships. The ups, downs, and in-betweens of friendship after diagnosis. She responded by courageously sharing with me a perspective of hers that was entirely unknown to me. Truthfully, I was surprised at the feelings she expressed having upon hearing the news of my diagnosis, yet ever-so-thankful that she was brave enough to share. Her words have taught me so much.

“Stephanie, honestly, I was afraid to be your friend after I learned you had cancer. I feared that I would lose you. I was afraid that you might die, and I would have to go through the pain of losing someone close to me. I wasn’t sure I wanted to commit to that.”

That day, I learned that avoidance might simply be an overwhelming fear of being close to someone who could possibly die. It has forever changed my perspective and has replaced my questions with grace for those who chose distance over involvement. Like I was before my diagnosis, many are just afraid of cancer. Afraid of what it might do to someone they love. And, whereas it doesn’t make dissolved friendships easier, it does allow me to understand that they may not be able to handle such a risky relationship.

As someone diagnosed with this disease, authentic support, encouragement, and prayers are treasures to receive. All friendships require selflessness. Being a friend to someone with cancer is no different. In fact, a relationship like this often requires more selflessness and can be far more difficult than others. Sometimes your friend with cancer may not be able to reciprocate equally, due to a slew of side effects from treatment. But if you’re willing to understand and accept that, this relationship will challenge and inspire you in ways you couldn’t dream of.

I am blessed to say that among several who slid out of sight and those who artificially tried to insert themselves, I have had numerous true friends stand firmly by my side. Friends who have brought meals when I couldn’t get out of bed. Those who have rearranged their schedules to pray with my husband and I before surgeries. Those who sit with me for hours as I ingest my chemo cocktails. Unwavering friends who offer support to myself and my husband no matter how hard the journey may get. Friends who don’t expect anything in return, and whom I know without a doubt would do anything for us. I am beyond grateful for these relationships.

Though arm’s length may be a safe distance, embracing someone with cancer is far more rewarding in the end. Just think. If it were you whose life just flipped upside down, what kind of friends would you want? … Be that friend.

“So whatever you wish that others would do to you, do also to them…” 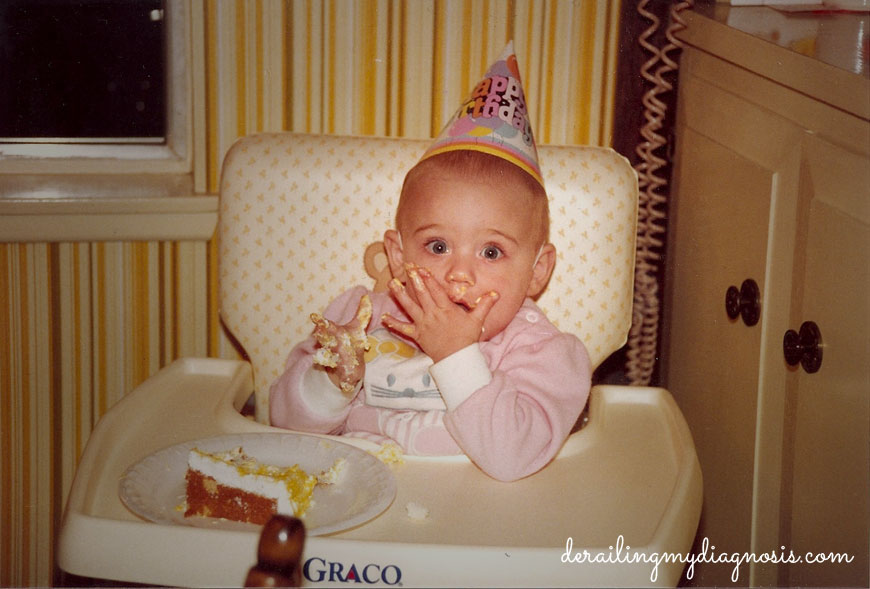 By definition, birthdays are to be celebrated. However, more often than not, society frowns on old age. With face-lifts, age-defying serums, and injections, youth is praised while maturation is muddled.

As a child, I grew up counting down the days until my annual party. The day we celebrated me. My birth. My presence in this world. Every year on the sixth of January, I reached a new age. I was a year older, and always figured, a year wiser. Friends were invited, cake was devoured, laughter commenced, and memories were made. Yet, with every twelve months that passed, celebrations began to dwindle. Balloons were no longer purchased. Cake was no longer on the menu. By my 27th birthday, I found myself in a small, local sushi restaurant with six of my immediate family members surrounding me. Somehow, “How does it feel to be older?” slipped into the conversation just like it does each January, but no “Happy Birthday” song was sung.

Before my cancer diagnosis, age equated wrinkles, aching joints, and hip replacements. Getting older was no longer a momentous occasion, simply one year closer to stepping foot inside a retirement home. “Old” was said with an underlying tone, as if it meant moldy, used, and unwanted.  Why is that? Why do we view age negatively with such flippant disregard? The answer may stem from fear of the inability to be our former youthful selves. Fear that death could be closer than we care to admit. As a double-edged sword, death affects all ages. No matter how young, old, vibrant, or frail.

If you woke up this morning with breath in your lungs, you are blessed. You have survived yet another day and are officially one day older.

Since cancer has stormed into my life like an unwelcome party guest, birthdays have deeper significance than before. Receiving a cancer diagnosis often paralyzes ones thoughts about the future. We are left wondering how many more birthdays we may be here for. Will I make it to 30? Will I have grandchildren some day? Some patients on the front lines fighting off this disease are wondering if they’ll live to see next week. Some questioning if they will even wake up tomorrow. As cliché as it may be, each day truly is a gift. Why then, are birthdays not celebrated as the momentous occasion that they are? Why then, are we not more-so grateful when we unwrap the gift of another day?

These sentiments are unfortunately expressed by many. Society shares the approach that growing older is an unfortunate occurrence. This is baffling. Growing older is a natural phenomenon. We can’t escape it. It’s inevitable. Therefore, it should be embraced. After all, if you are aging, you are alive.

Age should be recognized, acknowledged, and held in high esteem. Age isn’t just a number. Age is the reflection of an accomplishment we have been subconsciously working for in each and every moment of our lives. Time will come when you will inhale your last breath. When experiences, adventures, and memories will be washed away in the tide of eternity.

After nearly two years in the trenches of this diagnosis and subsequent fight for my life, birthdays have become a symbol. They epitomize opportunity, growth, and life. They represent hope, gratitude, and blessings. Each morning I wake up to see another day… to create new memories… to enjoy my friends and family… to follow my passions… I am blessed. I look forward to my 80th birthday. I look forward to the many celebrations ahead. I look forward to the blessing of a new day.

I challenge you to not view age as a curse, but rather as a gift. One that we cannot give each other. One that has only one Giver.

“Gray hair is a mark of distinction, the award for a God-loyal life.”