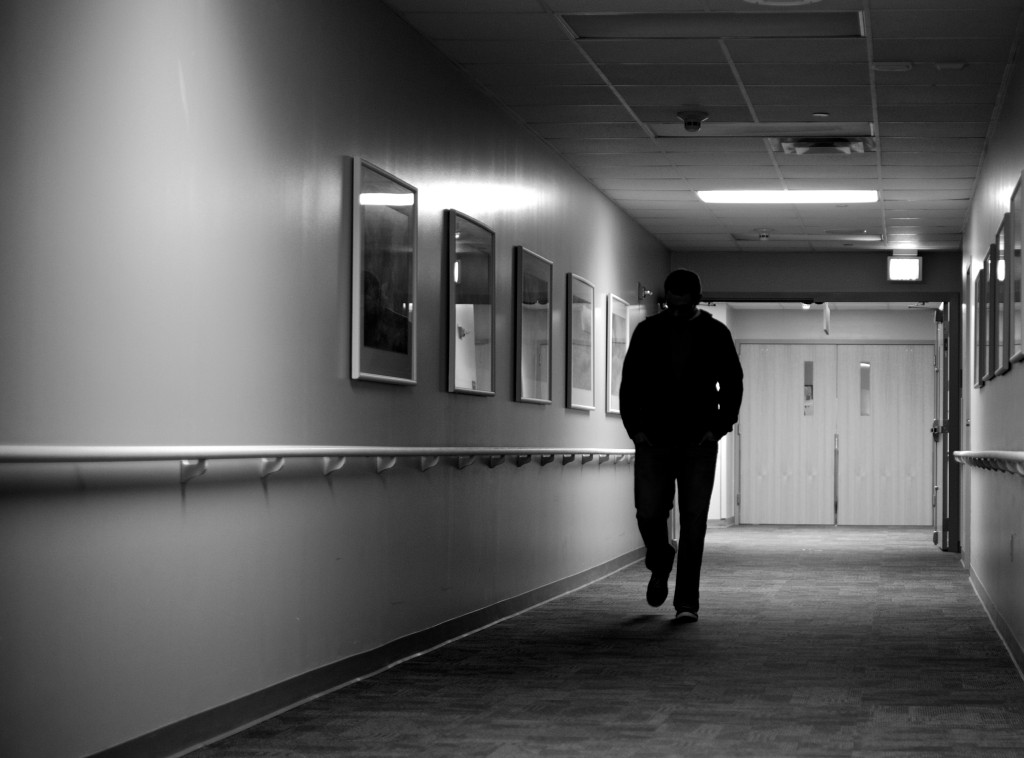 Stephanie has been asking me to write a guest post for a while. Usually the only time I write is when she is having surgery and I blog to update. I’ve resisted writing a guest post because it’s Stephanie’s blog, and I believed that people just wanted to hear from her. She’s the cancer survivor, she’s the Huffington Post author, she’s the one who was on the Ellen show. Ever since her diagnosis, I have felt less known as “Matt” and more known as “Stephanie’s husband.” I couldn’t possibly think that anyone would ever want to hear from me. After all, what could I possibly have to say when I hadn’t been the one fighting cancer? I never felt that I had a story.

Being the spouse of someone who has been diagnosed with cancer is hard. As a husband, all I want to do is fix the problem. However, cancer is a problem I can’t fix. I can support Stephanie in the best ways I know how; I can be there for her, speak encouragement to her, and just lay around and hang out with her. But none of those things make the disease leave her body. Since I couldn’t do anything to make the cancer go away, I found myself feeling helpless and worthless. And it showed. It showed in my career, and it showed in my relationships with others.

As a man, I’m naturally more reserved. As an introvert, I’m even more so. Anyone who knows Stephanie knows that she is one of the most outgoing, invested people you’ll ever meet. She chooses joy no matter the circumstance. We have opposite personalities. I’m more quiet and introspective. And as a man, I never wanted to let on to anyone how I was feeling. If I was struggling, I was afraid of being perceived as weak. So whenever anyone would ask how I was doing, the answer was always, “Doing good! Things are going well,” especially when things weren’t good or going well.

To offset my feelings, I’d try to occupy myself. Watch sports, play softball, design furiously and completely immerse myself in my work. I’d tip back a few too many and get mad at God that the cancer kept coming back. Five months before Stephanie was diagnosed, my relationship with God was forced into a place of constant conversation when my Mom died suddenly and without explanation. When something that painful hits so close to home, you come to the end of yourself really fast. Then my wife was diagnosed, and the majority of my conversations with God since then have been me getting angry and feeling hurt. Pleading just to plead because I didn’t know what else to say. I told God everything I was feeling, and then just rambled. I knew He knew my heart and how I was feeling, but I just didn’t know what to say. I was empty. Out of gas. The enemy knew it, and I was low-hanging fruit. He had me where he wanted me, and kept me there for a long time.

A month or so ago, we had a big cancer-free surprise party for Stephanie. It was great. She was surprised, people had fun and celebrated, and there was an overwhelming sense of finality. That it was over. My eyes were opened at that party. At one moment in the night, people gave toasts to Stephanie for being a warrior, and then they toasted me too. At first I was uncomfortable and thought they were toasting me just because I was Stephanie’s husband. Because I was there and it was the polite thing to do. But they said that I have a story that can help other people in my position. I have a story. It was the first time I had really heard it and, because so many others were affirming my story, it was the first time I really believed that I had one. An encouraging word goes a really long way.

For the past three years, I was convinced that I was an afterthought. That I was insignificant in Stephanie’s cancer journey. That because I wasn’t having surgeries or getting chemo, I didn’t have anything to say. When you’re going through something, you never realize any potential impact you have on people who are watching. Even in your lowest moments, the story is still being written. While I still don’t fully see myself as an example, the encouragement and love from people who have been watching Stephanie and I is enough to make me believe that I have something to say.

Just because I’m a believer doesn’t mean I’m not going to have struggles with God. It’s like with any relationship: we will experience highs and we will experience lows. But having struggles shouldn’t convince us that God has left us. I definitely needed to learn to rest in His presence because He never left. I was the one second-guessing everything I was doing, being too stressed to rest. He’s constant, I’m not. But rest assured, when we lower our shoulders and go through trials, at some point we pick up our heads and see how far He’s brought us. Looking back, looking forward, and resting in the story He’s writing in our lives, that’s a story worth telling.

“Let the redeemed of the Lord tell their story…”