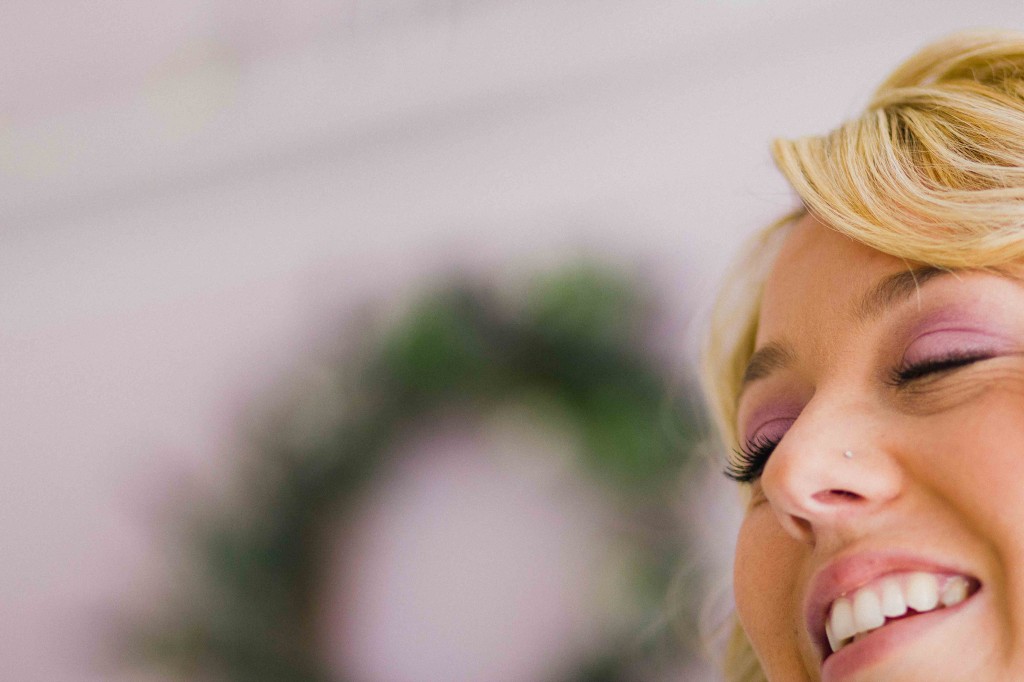 Joy and happiness are not the same. Think about what gives you joy; does it also make you happy? If you answer yes, which most of us would, you may then say that they are two in the same. But they’re not. Joy is a decision and happiness is an emotion.

I’m often told that I am a joyful person. I’ve been nicknamed “Sunshine” for nearly a decade. When cancer barged its way into my life I had a choice to make. Would I allow this disease to pull me down, beat me up, and steal my joy? Or would I stand firmly clinging to joy, no matter the twists and turns, pain and grief, sorrow and loss? As difficult as it’s been, I have chosen joy every single day. Whether it was the size of a grain of rice, or as large as the universe itself, I decided on joy. And it hasn’t been easy.

There are more days than I can count that I haven’t been happy. Society tells me that I’m not supposed to say that. I have a wonderful marriage, an idyllic relationship with my siblings, a close family, lifelong friendships, and financial provision. Yet happiness has not been a constant in my life. Whether circumstance reared its ugly head and pushed me over, whether personal issues arose and pulled me down, whether cancer forced its way in and ruined my perfectly pictured life, I haven’t always been happy. And you know what? I’m okay with that. Too often we are told to live happy lives. “Do what makes you happy.” That line makes me cringe. No! Don’t always do what makes you happy, do what makes you grow.

Because happiness is an emotion, it isn’t always attainable. If I watch a gripping movie that makes me cry, I’m not happy. Should I not watch those types of movies anymore? When someone I love passes away, I’m not happy. Should I limit my relationships so as not to feel the sorrow? When an argument arises in my marriage, I’m not happy. Should I subdue my opinions and stay quiet? (Maybe sometimes to that last one, but that’s not the point!) Happiness comes and goes. It’s a reflex to circumstance. It’s automatic. Hearing babies laugh makes me happy. I didn’t choose that, it was a relfex to a sound my heart enjoys. Attending weddings makes me happy. I didn’t choose happiness, it’s a reflex to another emotion… love. Happiness ebbs and flows dependent on what’s going on around us. Joy is dependent on us, no matter our surroundings.

Happiness is an outward expression whereas joy is an inward decision. Joy is choosing to rise above, regardless of our circumstance. Joy is staying positive amidst the most negative news. Joy is gratitude in unsavory situations. Joy is forging a way when there is no way. Joy is a choice. Joy must be chosen, we can’t expect it to simply happen. It’s a conscious decision that requires effort. It’s not easy to be joyful because it takes work. I’ve heard that some people are just born joyful, but I’d disagree. Some are born with more cheerful attitudes, but joy is an acquired trait. To acquire a quality, one must diligently practice. Fortunate for us, we live in a not-so-perfect world and have the ability to practice joy frequently. We are given daily opportunities to develop joy.

Among the innumerable things that cancer has taught me, the number one quality that I have learned is joy. I’ve learned how to look beyond my emotion and embrace joy no matter what tumbles into my life. I’ve learned that I don’t have to be defined by my amount of happiness, because what defines me is beyond an emotion. I’ve learned that a grateful heart is conducive to a joyful one. Seeing life through a lens of gratitude only deepens our joy. Developing joy now will transform how you see the troubles that are guaranteed to come.

Joy and happiness are not the same. Happiness is fleeting. Joy is fulfilling.

“A joyful heart is good medicine, but a crushed spirit dries up the bones.”

Trusting in something bigger. (May 2013)

I have come to the realization that for the last 16 months I have only faced my disease (cancer), rather than coming head on with my diagnosis. This is not necessarily a bad thing, and for me, it has been beneficial to my fight.

Until two weeks ago, I did not want to know the details of my diagnosis. I knew that I had been diagnosed with a gnarly type of cancer called Large Cell Neuroendocrine Carcinoma of the Cervix, but the statistics did not matter to me. I felt that if I knew the ins and outs of my diagnosis, I would be brought to my knees in debilitating fear. After all, what I had been told already frightened me. “Rare. Poor prognosis. Less than 100 women worldwide have ever been diagnosed. Aggressive. Resistant to treatment. Recurrence is probable.” In fact, this diagnosis is so rare, there is only one doctor with any knowledge about it. And admittedly, he doesn’t know much. Those words gave me a sense of what I was up against, and I wasn’t ready to find out what this beast really was. I knew it’s identity, but didn’t care for it’s traits. Some may call this naive, but I assure you, this was my version of coping. I was protecting myself in the midst of the most weakest moments in my life. Had I learned the cold, hard facts about my diagnosis, I might have been crippled in times that I needed to pick up my shield and stand firm.

Recently, I had an overwhelming sense that I was supposed to know more than just this beast’s name. I felt ready. Thus began my search. Previously, I had been told by several doctors that there really is not much research nor information about the specifics of my diagnosis, and that if I was interested, I could look at studies of lung cancers. Apparently they behaved similarly. However, instead of investigating cancers similar to mine, I wanted to know more about LCCC (Large Cell Carcinoma of the Cervix) specifically. I came across a helpful website created by my fellow “sisters” in this fight and the doctor studying it. Upon entering, I felt nervous, apprehensive, anxious… and ready. As I clicked on the “Education and Information” section, I knew I was turning the key to the door of reality. I began reading. What is it? Who gets it? What are the symptoms? How is it diagnosed and treated? And lastly… what is the prognosis? I paused for a moment and told myself, “Stop reading. You don’t need to know.” Yet as I was repeating these cautionary words, I could not stop my eyes from continuing on through the statistics. By the end of the section, I was relieved it was over. Relieved that I finally knew why my doctor cried after giving me this LCCC diagnosis. Everything that I had been told had been confirmed. This cancer is a jerk. Don’t get me wrong, all cancers are, but this one is the bully in the classroom that won’t give up.

My heart still races as I share this experience. My human flesh is fearful and doubting. I’m not ready to die. I have an overwhelming number of things I still have yet to do here on this Earth. I have dreams, desires, and goals.

Yet, with these feelings of fear, my hope is in something much bigger than my diagnosis. Someone exponentially larger than this mere irritant called, cancer.

From the beginning of this journey, I have stood firmly in the statement that statistics are just numbers. They don’t matter. My life and death will not rely on numbers that people have put together, no matter how much or how little their research shows. My life and death are reliant on my Lord. He has the end say. He directs my paths. He declares when the fight is over. Not the doctors. Not a website. Not a percentage. Not a number. I cling to my God’s statistics, and through Him I can be healed, no matter the prognosis. Statistics didn’t matter 16 months ago, so why should they matter now?

Often we get trapped in what the world is telling us. Labels, titles, and diagnoses. We forget who has the first, middle, and last say of our lives. No matter how vast my doctor’s knowledge is, my God’s knowledge is incomparable. Our hope gets caged in the confines of a statistical box. We think that if a doctor tells us something, it must be true. While my intentions are not to undermine the immense research and knowledge that our incredible doctors possess, I’m simply saying there is someone higher than this. Often, in our flesh, we cling to the circumstance. Instead, we should be clinging to the promise. Clinging to The Creator, The Sovereign Director of our lives. Clinging to the hope for something greater than this. And that is what I’m choosing to do. Since diagnosis, I have committed to standing in faith, having hope, and embracing joy. That doesn’t change now that I have read the statistics. If anything, it has concreted my faith, hope, and joy.

Numbers vs God. Guess who wins that battle?

“Cursed is the strong one who depends on mere humans, who thinks he can make it on muscle alone and sets God aside as dead weight. He’s like a tumbleweed on the prairie, out of touch with the good earth. He lives rootless and aimless in a land where nothing grows. But blessed is the man who trusts me, God, the woman who sticks with God. They’re like trees replanted in Eden, putting down roots near the rivers— Never a worry through the hottest of summers, never dropping a leaf, serene and calm through droughts, bearing fresh fruit every season.”