This week I had the pleasure of being a guest on The Nalie Show where Nalie and I spoke about one of the toughest topics in Cancerland… Recurrences. When I think back to when I was first diagnosed, recurrences were so far from my mind. I rarely heard anyone speak of them. Not doctors, not friends, not even co-survivors. Recurrences are taboo, merely a whisper in the cancer community. After all, we never want to consider our cancer returning after we’ve already beat it.

As someone diagnosed, a recurrence is, quite literally, the worst nightmare. It’s a subject that is hidden away in the deep and dark corners, rarely to be addressed. And because of that, those of us who suffer recurrent or metastatic cancer more often than not feel isolated in our grief, circumstance, and emotions. By shedding light on this difficult topic, my hope is that you will be empowered and full of strength, grace, and wisdom moving forward. Your feelings are valid and what you are going through is real and raw and vulnerable… and devastating. But, take it from me, you can (and will) get through this. I did, four times!

Below are five practical, applicable, and tangible ways to cope with a recurrence. I encourage you to let these penetrate your soul and transform your perspective. After having overcome three recurrences since my original diagnosis, these are tools that equipped me in the lowest points of my fight(s).

“Through Him we have also obtained access by faith into this grace in which we stand, and we rejoice in hope of the glory of God. Not only that, but we rejoice in our sufferings, knowing that suffering produces endurance, and endurance produces character, and character produces hope, and hope does not put us to shame, because God’s love has been poured into our hearts through the Holy Spirit who has been given to us.” 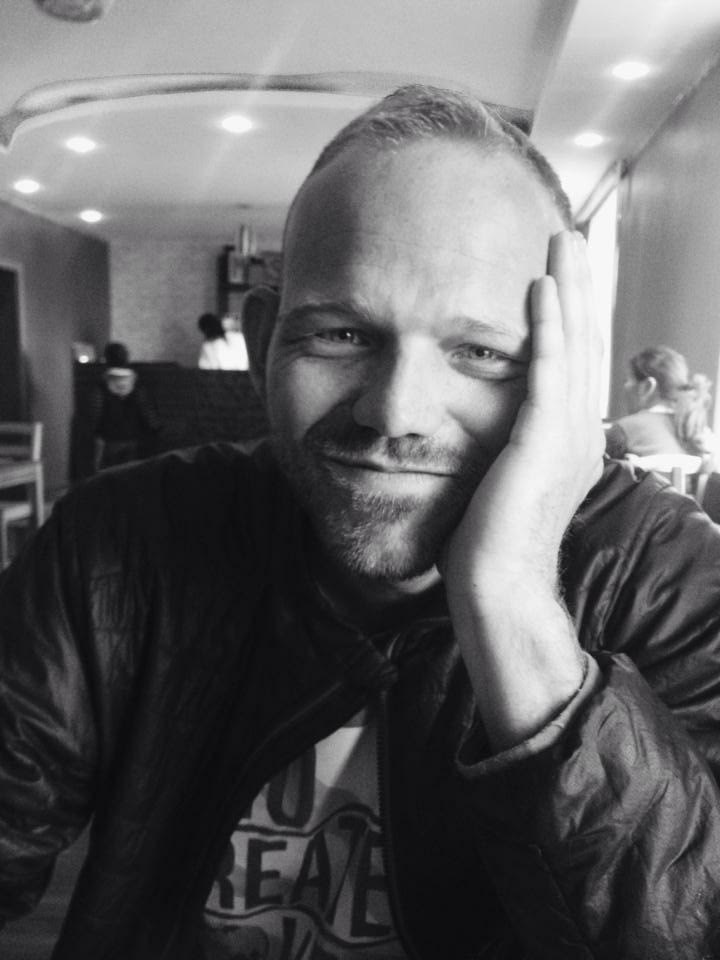 Written by Matt, Stephanie’s oldest younger brother who was 23 at the time she was diagnosed with stage three, aggressive cancer.

Even though it’s been nearly five years since Stephanie was diagnosed, there are certain moments and emotions etched in my memory forever. For as long as I can remember, Stephanie has been one of my closest friends. I call her nearly every day and have for as long as I can remember. I cherish the bond I have with her. When she called me with the earth-shattering news that she may not live much longer, I didn’t know what to do.

I am going to be brutally honest. Writing this post has been incredibly difficult.  I actually love to write, in fact it’s one of my favorite ways to process and reflect. I journal nearly every day, and blog on my own quite often. When Stephanie asked me to contribute to this family series, I secretly didn’t want to. It is still painful and hard to reflect on.

In January 2012, I moved to Dallas, TX to start a consulting job. At this point, I was 23 and ready to make a name for myself in the business world. Coincidentally (or providentially… you decide), this is the same month when my dear sister called me and broke the news that she had been diagnosed with late-stage cancer. Typing this, I feel those painful emotions surfacing again.

After I hung up the phone with Stephanie that chilly, January day, I called my mom. I needed her to clear it all up for me. I needed her to tell me that everything would be okay… that somehow Stephanie was exaggerating, or that she’d misheard the doctor. You know that feeling when you get bad news, where you kind of just go numb? You don’t really have any thoughts, and you can’t really feel anything. Do you know that feeling? That is exactly what happened as I talked to my mom.

In a surprisingly peaceful and collected voice, my mom proceeded to tell me about this wicked cancer called large-cell neuroendocrine cancer of the cervix, which she described as exceedingly rare and aggressive. She told me of the very low chance of survival among its victims, and that Stephanie was an unusually rare case. In fact, this cancer was actually so rare that there was no consensus on how to treat it.

On that phone call, something inside of me shut off. Whether consciously (or subconsciously), I decided I could not deal with the reality that my sister might die soon.

The next four years, my sister battled an endless amount of surgeries, and chemotherapy and radiation treatments. It’s difficult to think about (and impossible to perfectly empathize with) the things she went through. As much as I want to say I got through those following four years with faith that everything was going to work out, it just wouldn’t be the truth. Sure, yes, I did have some amount of peace that things would work out, although not once did I try to define what “work out” would mean. I did trust the Lord in this to some degree, but to be completely honest, more than my faith that God DID have this under control, the way I coped with this pain was by avoiding it. Anytime I would call my mom or sister and they would want to give me details about a recent treatment or current struggles, I would tell them I didn’t want to talk about it. I can’t paint this pretty picture of how I coped because the truth is, I never wanted to face the reality of what was happening.

My way of coping was to shield myself from facing what could have been the loss of my sister. In some way, in order to cope, I almost chose not to cope. I never allowed myself to face the real possibility that Stephanie would die, because that would have been too much for me to handle. Living so far away and working long hours at a new job was helpful in some way – I was able to block out all of the pain with the classic “out of sight, out of mind” coping mechanism. I think the psychological term is “coping by avoidance.”

As I’ve opened up with others in the middle of trauma or reflecting on past trauma, I’ve realized that I’m not the only one who has ever had a tough time addressing something hard like this. It’s ok to feel how you’re feeling. It doesn’t mean you don’t love them any less, or that you don’t pray for them, or that you don’t care for them with all of your heart. It doesn’t mean any of that. Grieving is difficult, and no way is the right way. I’m still not even ready to go all the way into that pain, but I’m grateful to God that I still have my sister.

My sister’s experience has taught me so much. I learned about what true HOPE means when Stephanie stayed positive through nauseating treatments and exhausting tests and transfusions and surgeries. I learned about STRENGTH when she kept diligently going to treatment and sharing her story with the world, carrying the weight of everyone’s concern on her shoulders as she set off to put the devil to rest with her faith. I learned about GRACE as my sister took all the bad news and made tough decisions with class and peace. Finally, I learned a little more about LIFE and how to live it.

Stephanie is brave and courageous and determined and strong and driven, and she is living a life worth being proud of. Life is hard. Who we are in life is determined by how we respond in times of adversity, and I am so thankful to have her in my life to show me what a life worth living looks like. 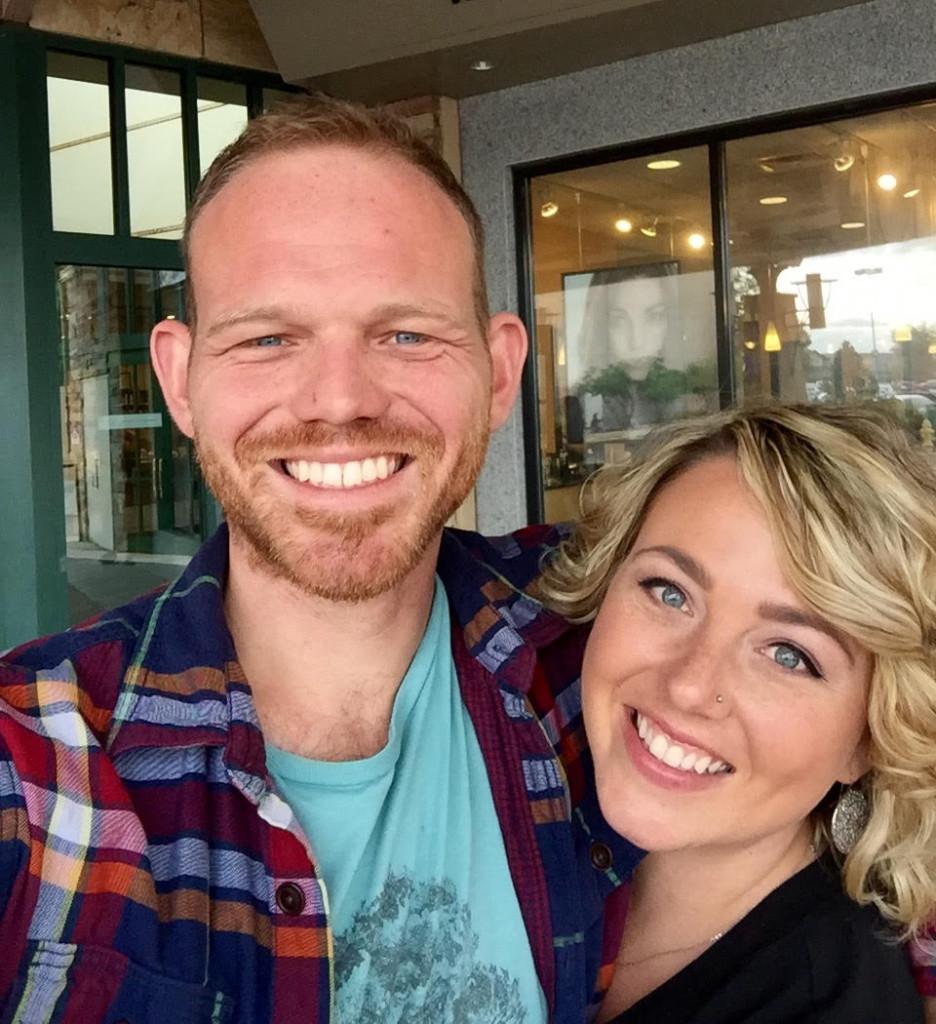 “I have said these things to you, that in me you may have peace. In the world you will have tribulation. But take heart; I have overcome the world.”