I have struggled since surgery, both physically and emotionally. This journey that I’m on, though abundant in blessings, is a difficult one. There are great achievements and considerable disappointments. 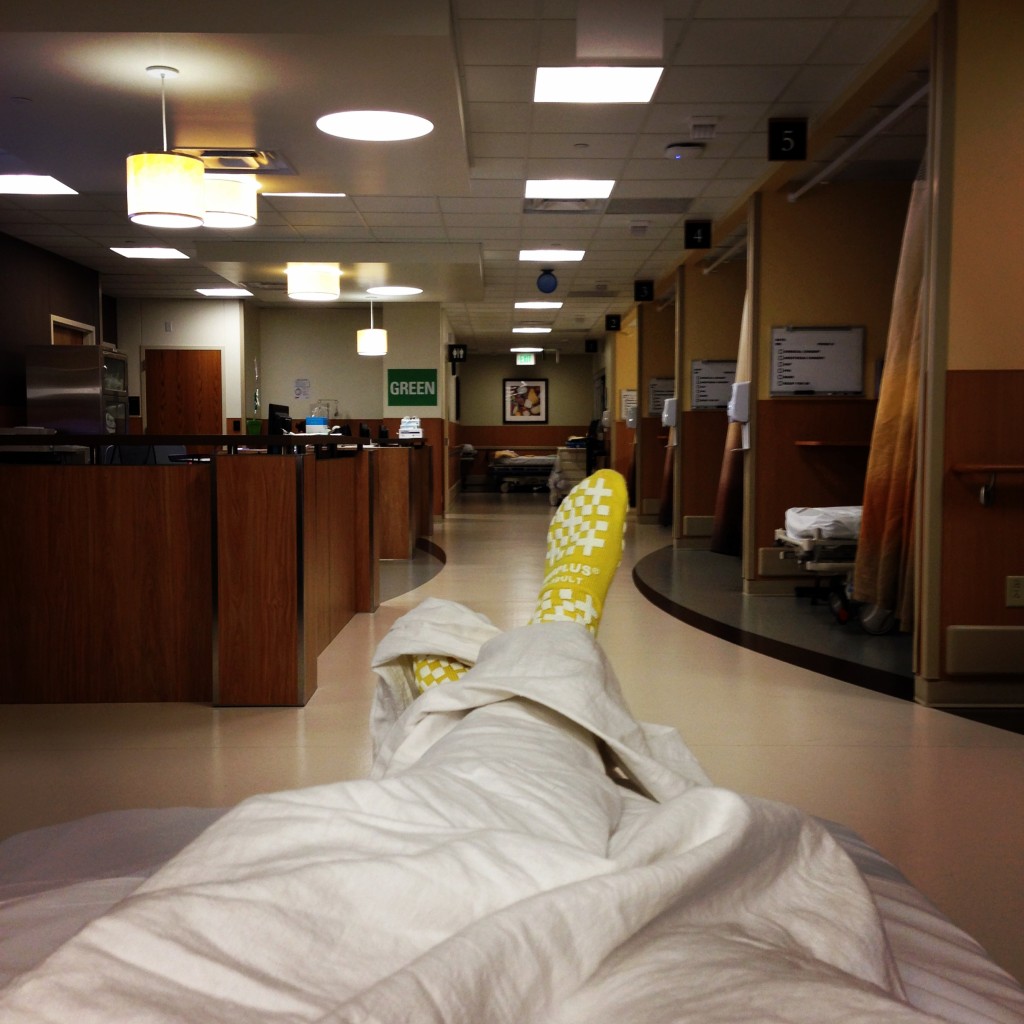 Surgery last week went well. The doctor was able to remove the entirety of the left adrenal gland and the tumor with good margins. Besides commenting that my insides were “sticky” because of the amount of scar tissue from my three surgeries prior, the procedure (though an hour and a half longer than expected) was smooth. He was able to complete the procedure laparoscopically, allowing my stay in the hospital to be swift. Surgery was on Monday, and by Tuesday night I was walking out the front doors to head home. Though it was a quick stay, it wasn’t an easy one. The majority of my time in the hospital, I was in pain. At times it was excruciating, and I couldn’t help but cry out in agony.

My incisions were not the problem. In fact, though the doctor had to move my stomach, spleen, colon, and other organs out of the way, my insides weren’t even that sore. Gas was the culprit. As is standard in a procedure like mine, they inflate the abdomen with carbon dioxide gas. This allows the surgeons better visibility and to have space to move instruments around. Once surgery is complete, they deflate the abdomen and close the incisions up. Sometimes, not all of the gas is removed. In my case, gas was trapped in my diaphragm, unbeknownst to the medical team. When I woke up, I was in immense shoulder pain. Both of my shoulders felt dislocated and I was entirely confused. What was wrong with my shoulders? Why were they screaming in pain?

During the first night after surgery, I woke up quite loudly. Typically, I internalize pain and am able to breathe through even the most intense discomfort. This pain, however, was on a different level, and I could not contain my cries. My husband immediately jolted awake and ran out of the room to grab nurses, doctors, residents… heck, I don’t doubt he would have grabbed the janitor. He was desperate to find someone to help me. To be quite honest, I thought I had a blood clot in my lung. These are extremely dangerous and often can be fatal if not tended to. My right ribcage and shoulder felt as though a fist was trying to push through from the inside out; As though they would explode any minute. It was pain that I had similarly experienced with my first surgery. However, this gas would not be able to naturally escape. It was up high and would not be heading towards an exit. My body had to absorb it over time. The nurses and doctors, (and quite possibly the janitor) ran in and quickly tended to my ailment. Before I knew it, more pain meds began trickling through my IV. Slowly but surely I felt by body relaxing and the pain quieting. I was able to sleep that night, and felt well enough to be discharged the next day.

Once home, I rested peacefully in my own bed. With a memory foam topper, marshmallow-like mattress pad, and divinely fluffy pillows, I didn’t want to be anywhere else. Within two days, I received a call from my doctor. After surgery, as usual, my tumor was turned over to pathology where it would be tested to determine if it was malignant or benign. My doctor called with the news. It was not the news we were desperately hoping and praying for. The tumor was malignant. Neuroendocrine cancer has recurred once again. For a fourth time to be exact… but who’s counting?

I can’t begin to describe the rush of emotions that both my husband and I experience upon receiving this type of news. Though it’s our fourth time learning that cancer has invaded my body, it never gets easier. With my husband at work, and I, alone at home with our dogs, I cried out to God. “Lord, you have to protect me. I can’t keep doing this! Please heal me here on Earth. I’m not ready to die.” Once I told Matt the news, he left work early and came home. Together, we sat on the floor of our bathroom and cried. We prayed and pleaded with God to rid my body of cancer. We prayed for strength, wisdom, and direction moving forward.

Cancer sucks. And recurrences are worse. A real-life version of the film Groundhog Day. A nightmarish merry go round with zombies and evil clowns. One that slowly comes to a halt, but before stopping to allow me to get off, quickly picks up the pace and continues wildly spinning about. I have zero control; All I can do is hang on and pray that the ride stops eventually. Recurrences are truly what nightmares are made of. Once you’ve had cancer, the fear of the disease returning hides in the darkest part of your mind. Though you may not think about it often, it lurks and appears at the first sight of vulnerability.

The truth is, I’m sick and tired of being sick and tired. I’m ready for this seemingly never-ending chapter with cancer to end. I’m ready to move forward with my life, and for Matt and I to step into the greatness that we believe God has for our future. I’m ready to step out of my role as a cancer patient. I’m ready to be a full-time survivor, with cancer a thing of the past. I’m emotionally exhausted, yet I have to continue if I want to survive. I have no choice. I must fight to gain more time here. If I don’t, my end may arrive sooner. Cancer sucks.

Regardless of how defeated Matt and I may feel, we know that God is not defeated. No matter what the news is, God still holds the entire universe in His hands, and not one speck of our lives is unknown to Him. He knew that we would receive these results. He knew that I had a fourth fight in me. He knows. He believes in me. He believes in my future. He believes that, with His help, I can overcome this. So why shouldn’t I believe the same? We place our complete trust in Him. We know that God has purpose in this recurrence, and we cling to the faith that He is stirring up a story so big, we can’t begin to fathom it. 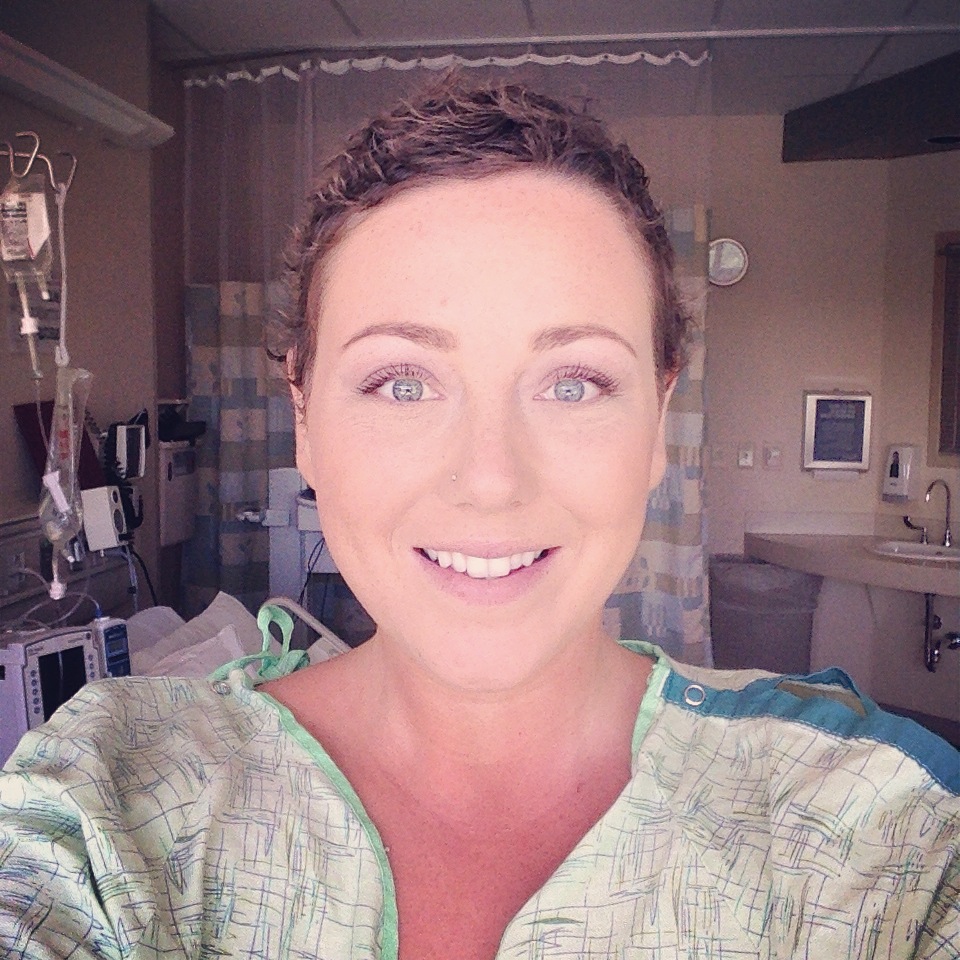 “God—you’re my God! I can’t get enough of you! I’ve worked up such hunger and thirst for God, traveling across dry and weary deserts. So here I am in the place of worship, eyes open, drinking in your strength and glory. In your generous love I am really living at last! My lips brim praises like fountains. I bless you every time I take a breath; My arms wave like banners of praise to you… Because you’ve always stood up for me, I’m free to run and play. I hold on to you for dear life, and you hold me steady as a post.”