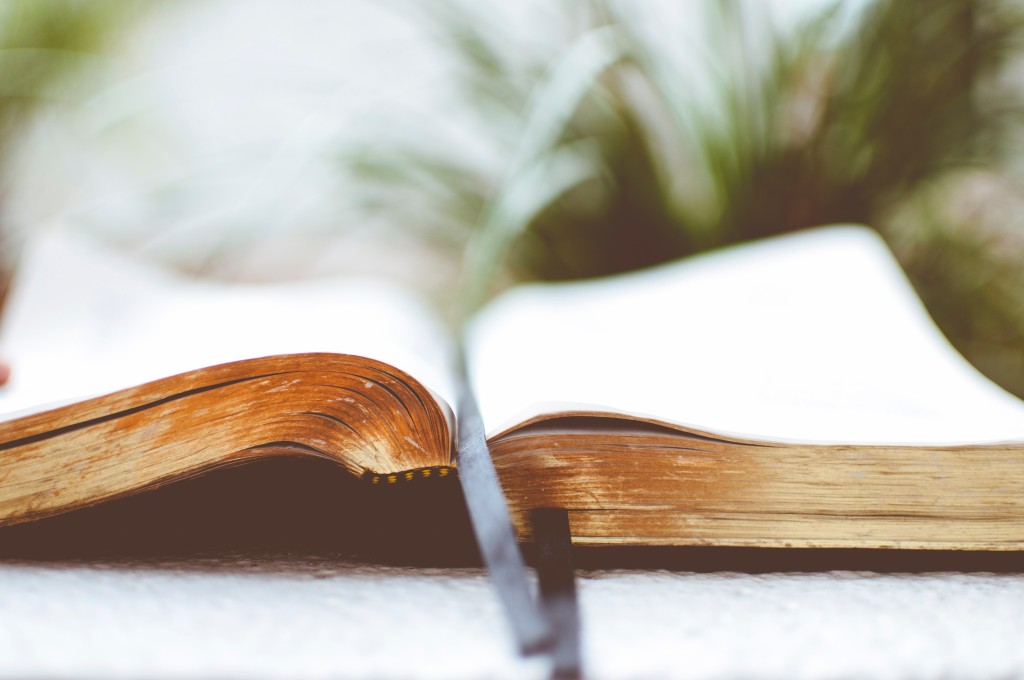 There are seasons in life when God seems overwhelmingly present and others when He seems far away. As our lives progress, so does our faith. We experience both peaks and valleys throughout our journeys. We can be ignited and on fire for the One who has shown Himself tangible in our lives, and then doubtfully contemplative of His existence when we cannot feel Him near.

When life gets hard, everyone responds differently. Some cry out to God in desperation, some turn their backs on Him in anger, and some worship with the full faith that He will redeem. It can be easy to praise God when life is comfortable, but it is in times of devastation when our faith is tested. We can be sharpened and refined, or defeated and crippled when we face seasons of suffering.

Do you know how you would respond in times of catastrophe? Maybe you have walked through a difficult season, and you felt spiritually ill-equipped to handle the burden. Before being diagnosed with cancer I would have said that I had strong faith, yet it wasn’t until I faced my own mortality, devastating loss, and overwhelming grief that my faith in God was fortified.

Suffering is the most powerful way of revealing the inner workings of our faith. Yet we shouldn’t wait until we face the storms of life to build our faith and equip ourselves for those seasons. Below are five life-changing strategies to grow your faith. My hope and prayer is that when struggles come, we would be equipped, ready, and full of unshakeable faith.

“The fundamental fact of existence is that this trust in God, this faith, is the firm foundation under everything that makes life worth living. It’s our handle on what we can’t see.” 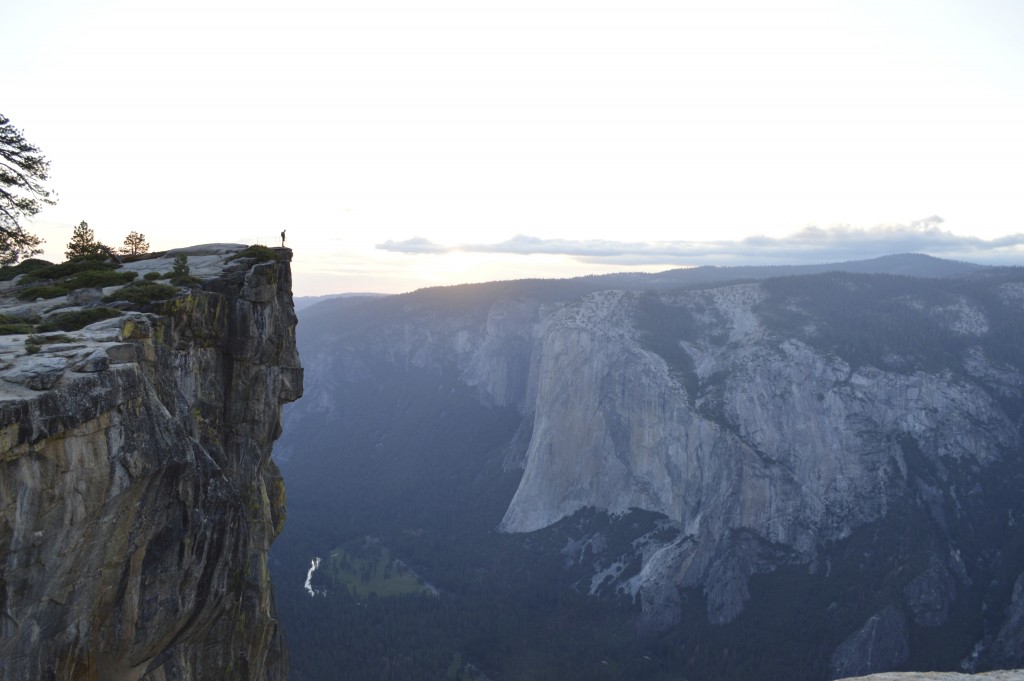 Wind violently whips through your hair. The sun blinds your vision and beats down on your skin. Gravel crunches beneath your feet. The air is crisp, fresh, and wide open. You’re at the edge. Every fiber in your being is inching you forward, begging you to jump. Your head desperately pleads “No.” Your heart battling, dares you to move. You don’t know what lies below. It’s terrifying. Exhilarating. Let your thoughts run wild. What if you do? What if you don’t? Do you jump?

When Matt and I were first married we agreed that Colorado would be our home. It’s where we would settle in, buy a home, and begin our family. Being a native, Matt had never dreamed of moving to another state, and though I’ve been here for fifteen years, I felt the same. All of our siblings had left the coop and flown on to experience other adventures, but we felt that our adventure remained here, in Denver.

Only a few months into our marriage, God deposited something into my spirit. He placed me right at the edge of the cliff and asked me to jump. It took me by such surprise that I looked up and said, “No way.” And I meant it. “No way God. That’s not the plan. If you want that to happen, you’ll have to tell Matt yourself because I’m not saying a word. I’m not taking that leap.” Little did I know that God would indeed tell my husband.

A few weeks later, Matt called me into the office with the preface and plea that I not get upset with what he was about to share. Oh no. “Babe, I just applied to a job out of state. I don’t know why, but I think God wants us in Austin.” Here we go.

If I’ve said it before, I’ve said it a thousand times… I’m a planner. I like things organized, in proper order, and neatly packaged. I’m also stubborn, though I prefer, “determined.” When I commit to something, I follow through. A stubborn planner, also known as: control freak. (Yikes, that hurts to admit.) When asked, “Do you jump?” my answer five years ago was no. Why would I willingly submit myself to the unknown and unplanned? Yet no matter how fervently my head denied it, my heart kept pushing me forward. After praying and wrestling with God, I finally came to the conclusion that it wouldn’t hurt to at least see what the edge looked like. If God brings you to it, He’ll bring you through it, right? I tried to convince myself.

Soon, Matt and I were on a plane headed for Austin, Texas. We agreed that it was crazy. Why Austin? We had never been and knew no one there. No family, no friends, no familiarity. Yet as quickly as we landed and began our exploration of the city, it became obvious. We had fallen in love. God urged us to take the leap and, by obedience, our eyes caught a glimpse of His promises for us. After a week staring over the edge of the cliff, we committed to jump. Hand in hand, we would take this leap of faith.

We arrived home and promptly started packing. We were excited with anticipation of a new adventure. We continued to pray, asking God if now was the right time. Interesting, that I remember our prayers always revolved around timing… That funny little thing called “hindsight.” We set our move date as March 1st, 2012. We were ready.

Our prayers were answered, though not how we expected. At the end of January, six weeks before our move date, I was diagnosed with cancer. Our plan, as quick as its conception, came to a halt. There was simply no way we could move to a city in which we knew no one and nothing to fight cancer alone. Visions of Austin, the excitement and thrill of what God had called us to, slowly began to fade behind the reality of the disease.

We spent months and even years questioning why God would deposit an urge to jump, when soon it would seem impossible. As we trudged through the years and multiple battles against cancer, our leap of faith was gone. We were focused on the fight and the fight alone. Survival has a powerful influence. But God knew, and we soon would, too.

While we thought the dream had died, enveloped in the burden of Cancerland, the timing simply wasn’t right. You see, God answered. We’ve learned that He doesn’t tease us. He doesn’t dangle a carrot in front of your face and watch you reach for it before He pulls it away. God makes deposits with purpose. It’s not always a matter of what, but when.

You see, God knows me. Inside and out, front to back. He knows the deepest parts of me that I may not even know myself. He knew that five years ago my answer would be a resounding no. He knew my trust was weak, that a leap of faith would require more than I was willing to give. Yet His deposit was purposeful. It’s timing with great intent. His deposit opened my eyes to His faithfulness.

He asked me to take a leap of faith to prepare me for what was to come. My trust grew with His urging. It prepared me to face the valleys of despair as I fought cancer four times. He called me to trust Him without knowledge of the future. If I could trust Him in my darkest moments with my entire life, I could trust Him with anything. God called me to the edge of the cliff to see if I would jump. When He knew I would, He knew I was ready.

I could continue on with the story, but the message resonates beyond the details. It’s now 2016, a little over four years from our original moving day, and we are officially and finally moving to Austin. Our willingness to jump into the unknown allowed God to work in our lives. Without our willingness, our lack of trust in Him wouldn’t have carried us through our tragedy. Because we gave Him a little, He gave us a lot.

The time has come and we have now jumped. We’re floating through the air, hand in hand, laughing at the possibilities.. We don’t know what’s to come, but we don’t care. We know it will be good. God deposited the seed long ago not only to draw our hearts towards Austin, but to see if we truly trusted Him. We look forward to our future in our new city. We have abundant faith that His promises will be unveiled when we arrive. I have an inkling that it’s where we’ll build our family… But only God knows.

If God is urging you to take a leap of faith, trust that His urging is with greater purpose. It may not be for what’s at the bottom of the cliff, but for what you’ll learn along the way by putting your trust in Him. So I ask again, do you jump?

“He who calls you is faithful; He will surely do it.”